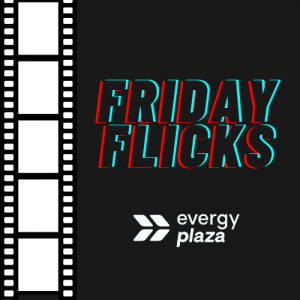 Friday Flicks is officially back in 2023. It’s Dino Days in Topeka, so we’ll be playing Jurassic World as our first film on April 8.
This event is FREE to attend, and we’ll have food trucks on site.
Movie: Jurassic World
Doors Open: 6 PM
Showtime: 7 PM
Food Trucks: TBA
Jurassic World: Located off the coast of Costa Rica, the Jurassic World luxury resort provides a habitat for an array of genetically engineered dinosaurs, including the vicious and intelligent Indominus rex. When the massive creature escapes, it sets off a chain reaction that causes the other dinos to run amok. Now, it’s up to a former military man and animal expert (Chris Pratt) to use his special skills to save two young brothers and the rest of the tourists from an all-out, prehistoric assault.
Be sure to visit our friends at the Jayhawk Theatre the week before for their airing of Jurassic Park on April 2. You can find more details about their event here: https://www.facebook.com/events/3030805827159696

You can find out more about which cookies we are using or switch them off in settings.

This website uses cookies so that we can provide you with the best user experience possible. Cookie information is stored in your browser and performs functions such as recognising you when you return to our website and helping our team to understand which sections of the website you find most interesting and useful.

Strictly Necessary Cookie should be enabled at all times so that we can save your preferences for cookie settings.

If you disable this cookie, we will not be able to save your preferences. This means that every time you visit this website you will need to enable or disable cookies again.